This image, captured by Kwabena Badu-Nkansah, illustrates the relationship between smooth muscle cells and their extracellular matrix.

"Captured in this image is a monolayer of Smooth Muscle cells, cells that surround and help maintain large arteries such as the aorta, deftly weaving an intricate network of an extracellular matrix component called Fibronectin. Stained in red are nuclei, the command center of each cell where the majority of its genetic information is stored. In violet are the cells’ actin cytoskeleton, an internal filamentous framework critical for cellular motility and transmitting forces in and out of each cell. Finally in white are fibers of Fibronectin, a large and very sticky protein often found as a principle component of a tissue’s extracellular matrix.

In this image we wanted to see how robust a matrix our cells could create once we removed one of the main receptors, Alpha V integrin, responsible for interacting with Fibronectin. This picture shows that in spite of losing Alpha V integrin our cells can still produce and assemble Fibronectin normally. This result implies that there is likely another receptor compensating for the loss Alpha V function that receptor may be even more essential in regulating how cells interact with Fibronectin." 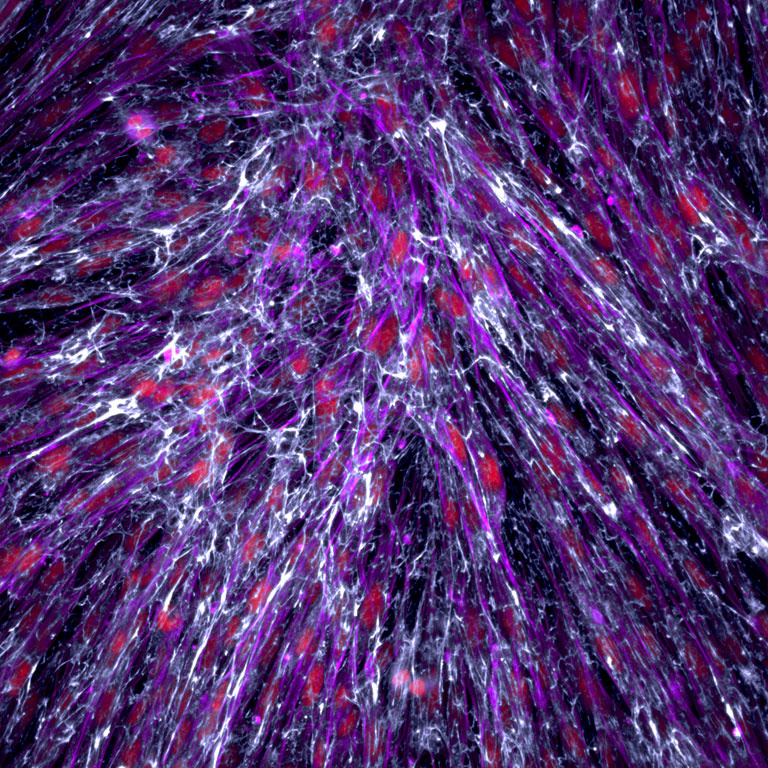 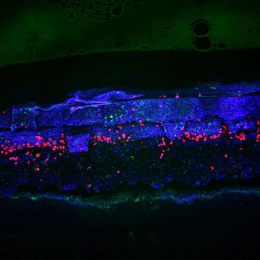 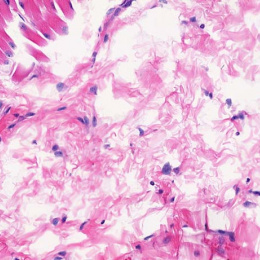 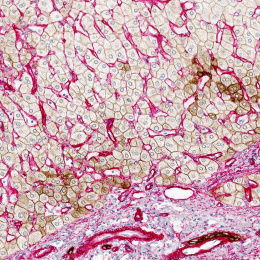 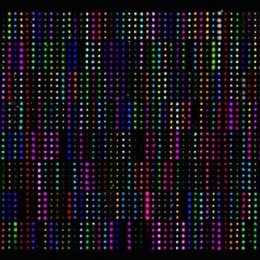 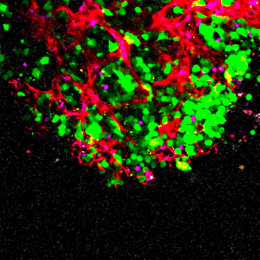 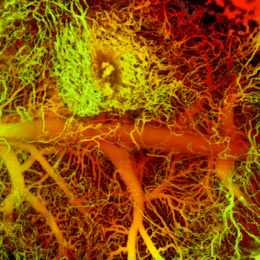