Characterizing Mutants in a Host-Pathogen Interaction

Characterizing Mutants in a Host-Pathogen Interaction

The image focuses on a central plaque – a region of host cell death – with intact, healthy cells found at the periphery. Red represents cell membrane, blue cell nuclei, green Rickettsia parkeri (a bacterium of interest in the lab), and cyan F-actin (a host cell protein important in forming the cytoskeleton which supports cell shape and function, and which R. parkeri hijacks as a part of its intracellular lifecycle). As the bacteria invade and lyse host cells, these cells die and lift off from the surface of the plate, leaving a region of clearance which corresponds to the location of the host cells that died – a plaque.

I took this image as a part of piloting an assay to investigate the ability of R. parkeri to spread from cell to cell. More specifically, I was trying to identify if particular mutants of the bacterium formed a larger radius of infection around plaques compared to wildtype. 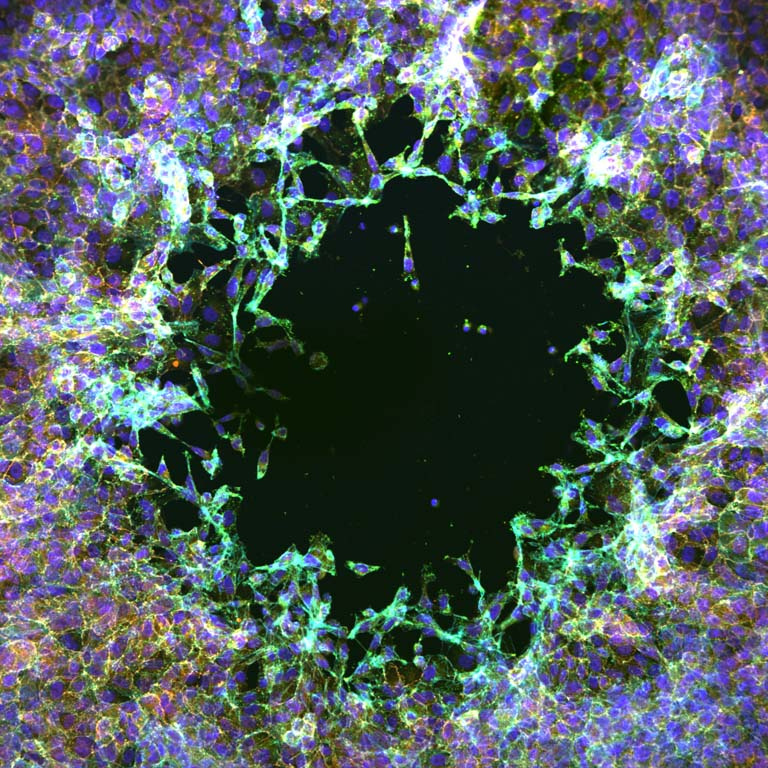 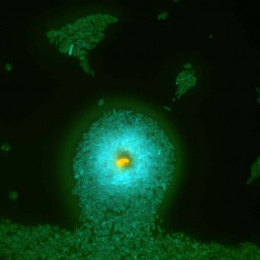 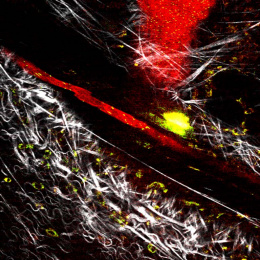 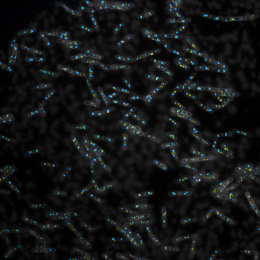 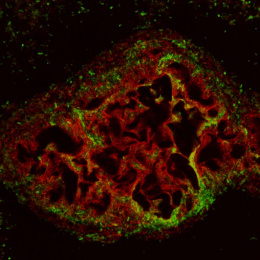 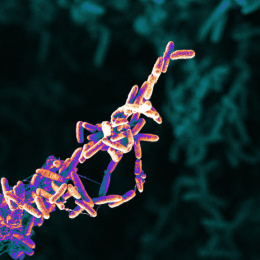 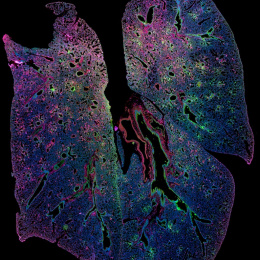