"I am studying various types of cytoskeletal protrusions formed by the cancer cells. Aggressive mouse mammary carcinoma cells (D2A1) were grown on top of a thin gelatin film and stained for the actin cytoskeleton (filamentous actin [F-actin]; red), an actin-binding protein cortactin (white) and the nucleus (by DAPI; blue). These cells developed spots containing F-actin and cortactin, which represent sites where these cells degrade the underlying layer of gelatin film. I aimed to figure out the gelatin degrading/invading ability of the D2A1 cells. This image demonstrated that the D2A1 cells can form actin-rich, cortactin-positive protsuions that invade into the layer of gelatin, which are usually called as ‘invadopodia’. 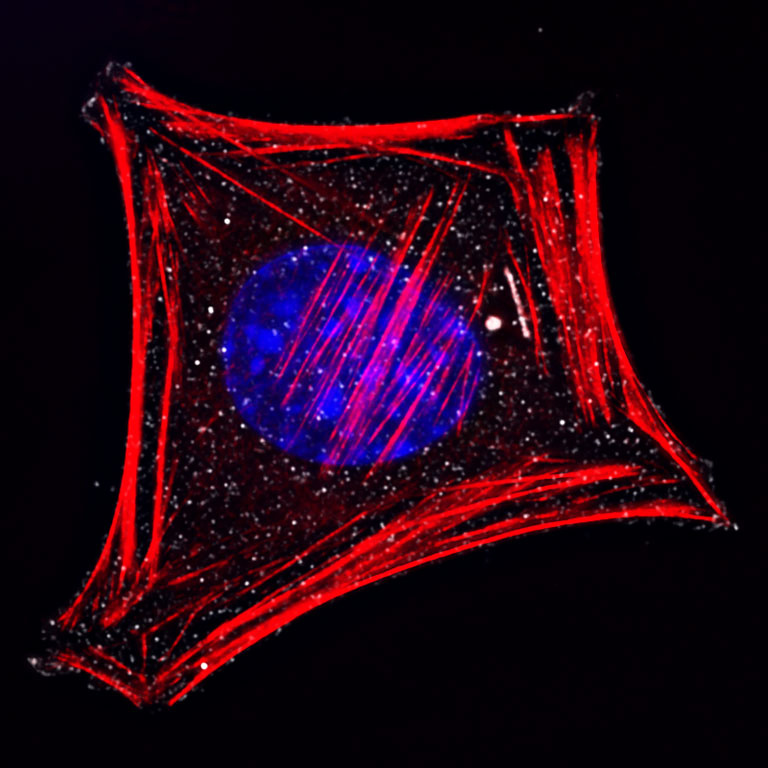 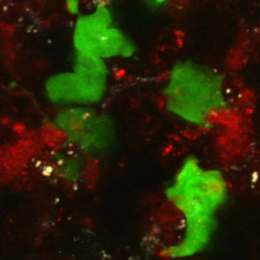 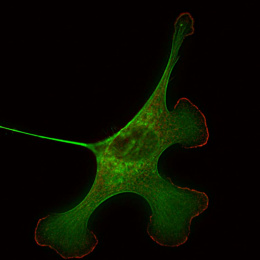 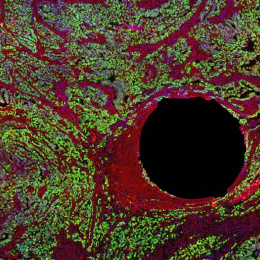 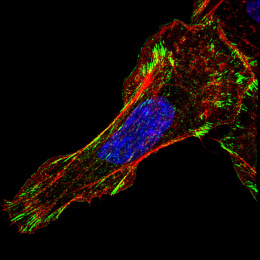 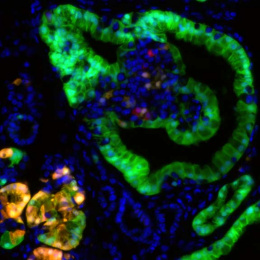 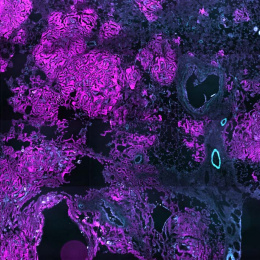