"This image demonstrates a cell in the dividing process, also known as mitosis. When a cell segregates its chromosomes (DNA) into the daughter cells, it must first align the chromosomes in a straight line also known as the metaphase plate. You can picture the metaphase plate as a drinking straw. In this beautiful image, although the cells do not look to be in a straight line, they actually are and instead of looking at them from the outside, you are looking at them through the center of the metaphase plate. This would be similar to looking through the center of the drinking straw. In this case, the chromosomes are shown to be in a perfect circle. The red and green colors (shown as yellow) are the center of each chromosome pair (prior to dividing one chromosome into each daughter cell), while the entire chromosome is shown in blue. We were curious to see if molecular motor proteins (CenpE) mislocalized in cancer cells." 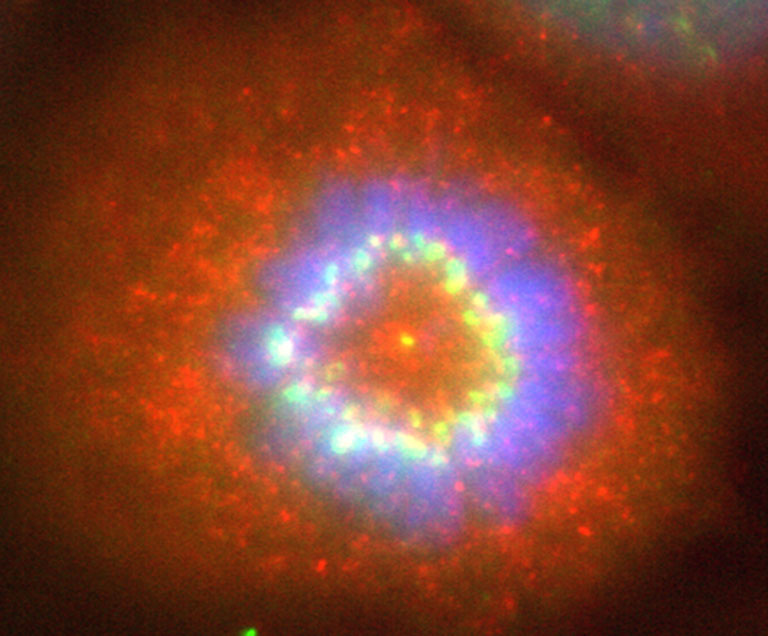 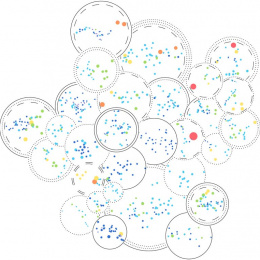 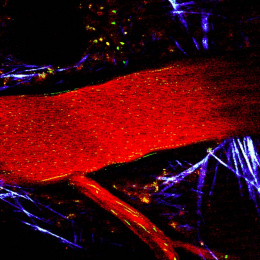 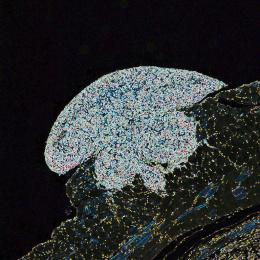 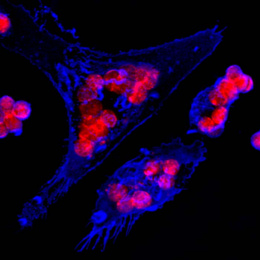 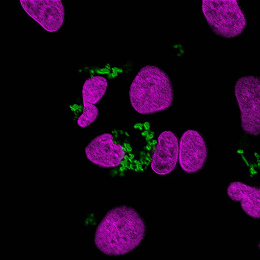 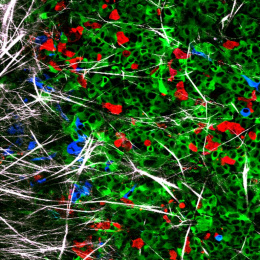