Megakaryocytes are differentiated hematopoietic stem cells and serve as the source of platelets in the blood. Although platelets and megakaryocytes have historically been studies for their primary role in blood clotting, we have elucidated that they also act as innate immune cells and are able to trap and phagocytize bacteria, like other white blood cells. This image is part of a series of experiments which demonstrate that megakaryocytes have innate immune cell function. 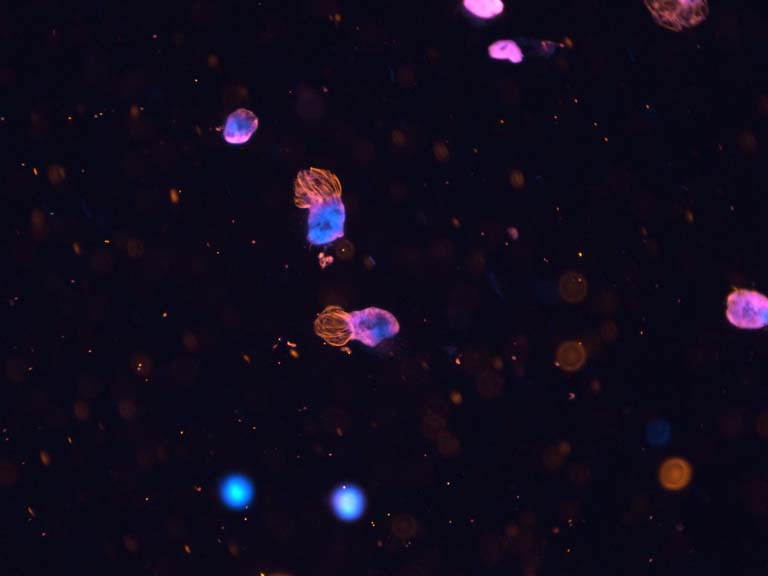