Single cells vary widely in their growth rates, a fundamental behavior that reflects differences between cells and may govern their relative abundance within a population. From bacteria to human cells, even genetically identical cells grow at different rates. This variation is hard to observe via population-based assays but has important consequences for human health. For example, cancer cells within an individual may vary drastically in proliferative potential, with subsets capable of continuous cell divisions and others primarily stationary. Or growth-rate variation in bacterial populations can dictate the efficacy of antibiotic treatments, as slow or non-growing cells tend to be more resistant to antibiotics. This is a micrograph of a microfluidic chip that enables fast and precise measurement of single-cell growth. The chip integrates an array of extremely sensitive mass sensors (seen at the top as cantilever structures) to measure the growth of individual cells. As cells travel through a long microfluidic channel (seen as serpentine channels between the mass sensors), they get weighed multiple times in the cantilevers. High throughput measurements of single-cell growth help us to track the time-varying responses of cells to changing environmental conditions. Therefore it holds promise for fast drug susceptibility tests for bacterial populations and predicting tumor responses after drug exposure. 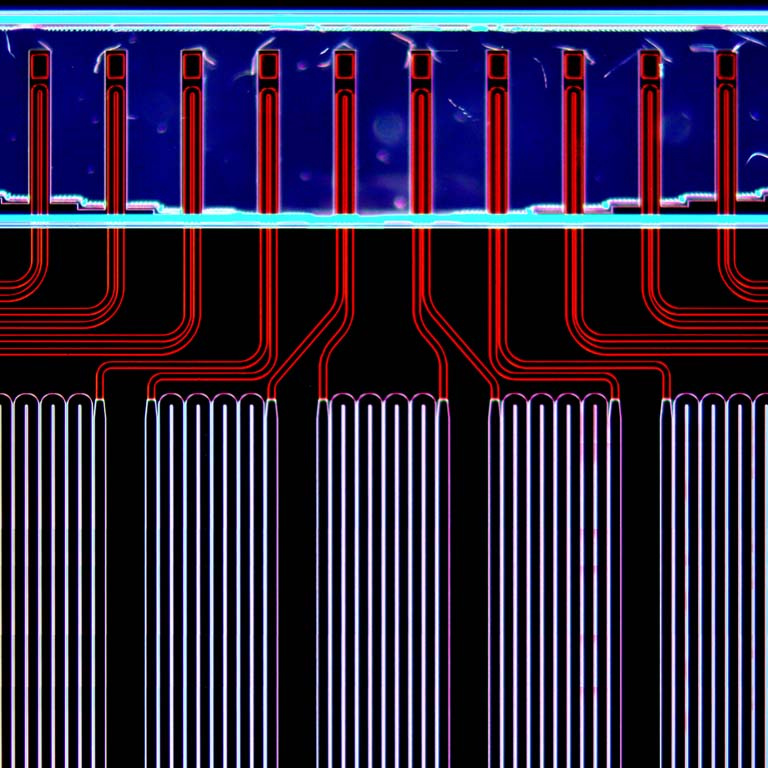 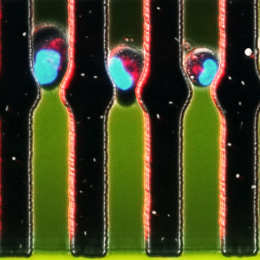 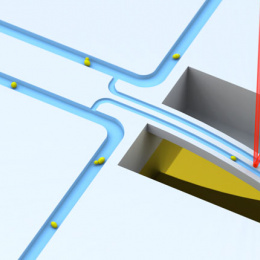 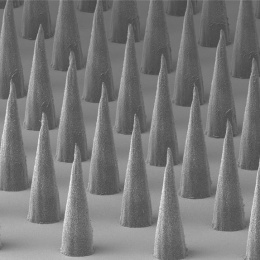 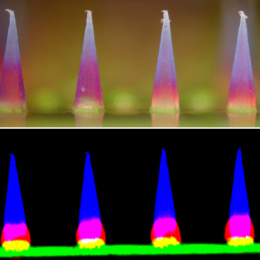 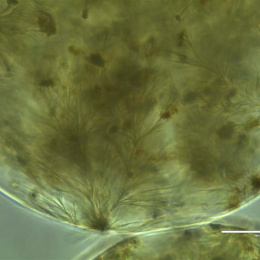 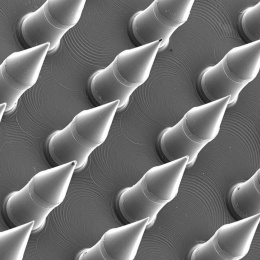