We blocked specific genes from functioning in human breast tissue while growing them into mini-organs in our 3D growth system. We then fluorescently marked them for differentiation states.

Chemical perturbations to specific genes in our mini-organ culture system resulted in marked morphological changes from the normal mammary mini-organ. We sought to characterize these changes by following markers of differentiation after chemical treatments.

By synergizing our three-dimensional patient derived mammary mini-organ system with chemical perturbations, we can functionally dissect the roles of genes during mammary development; for example, during stem cell differentiation.

See the winning image from this project here. 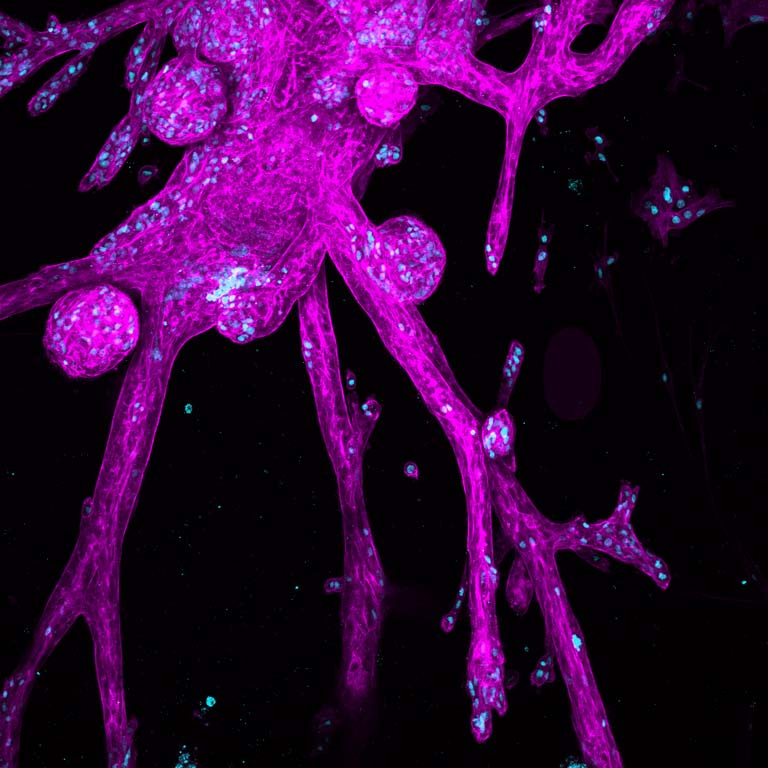 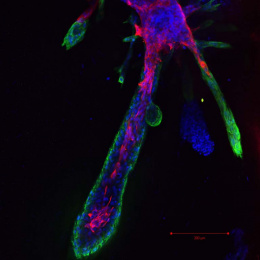 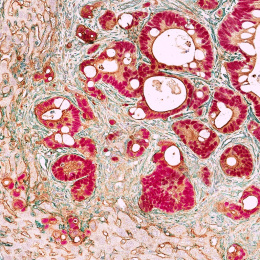 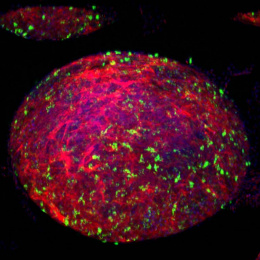 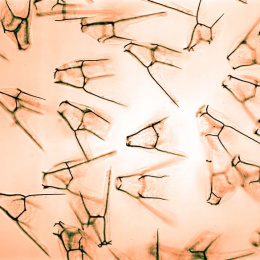 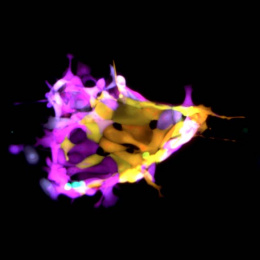 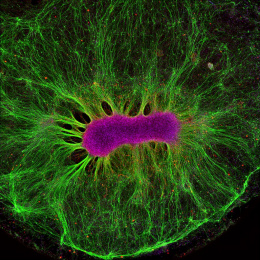