One might imagine a bacterium as a simple, solitary cell doing all it can to survive and reproduce. But many bacteria are social creatures; by using a process called quorum sensing, they communicate and alter their behaviors as a group. This intelligent decision-making system inspired MIT researchers to ask an unusual question: can we “hack” bacteria and use them to treat cancer? Here, they have rewired a colony of E. coli to produce a burst of fluorescent protein when it reaches a predetermined density. The researchers hope to modify this system and engineer the bacteria to release a coordinated burst of drugs at a tumor site. 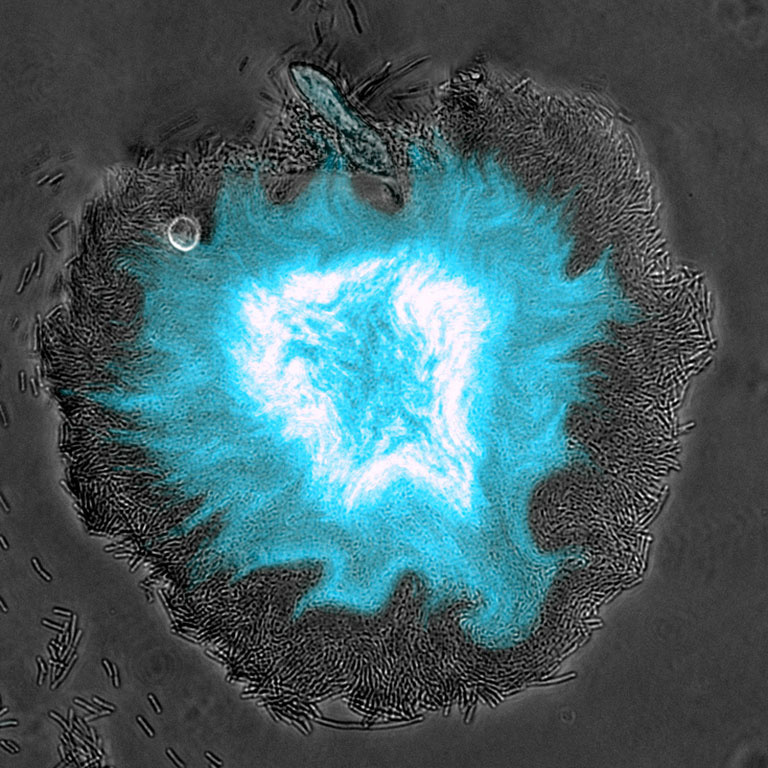 Tal Danino tells the story behind his award-winning image. 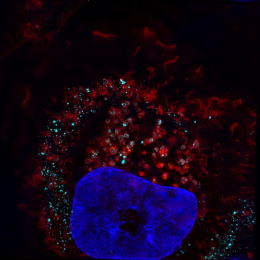 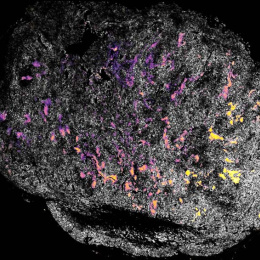 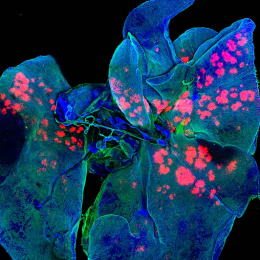 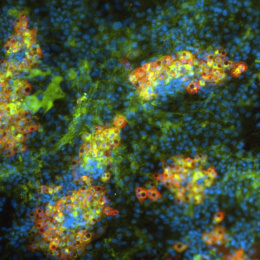 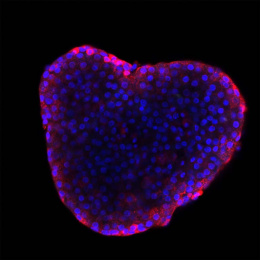 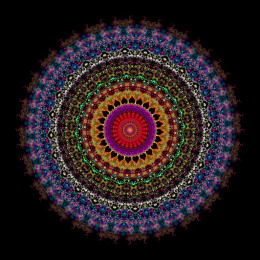