"This image shows stem cells grown on “microdot” plates. These are custom made tissue culture plates, where cells can only grow in defined diameter regions – called microdots, which are ~300 um in diameter – and not elsewhere on the plate. This techniques allows separation and tracking of single cells, while allowing cells to freely ‘communicate’ by secreting survival and growth factors to each other. 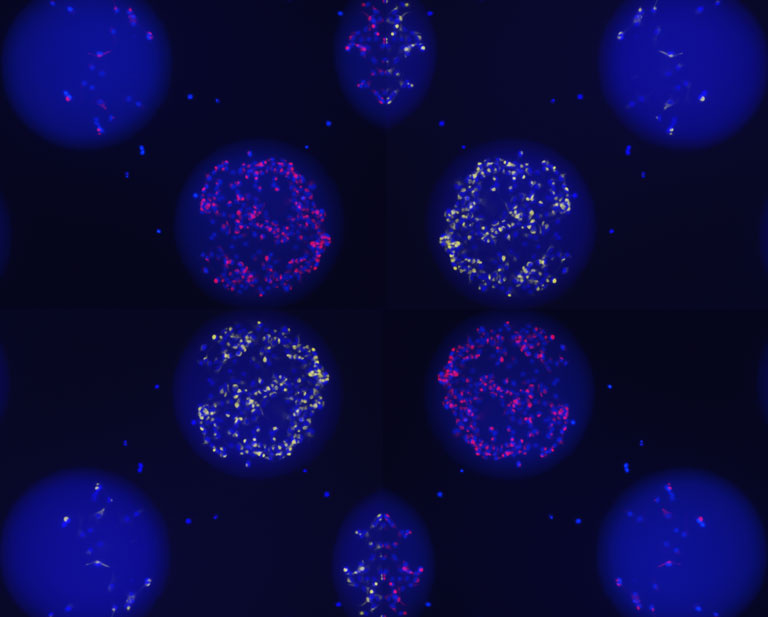 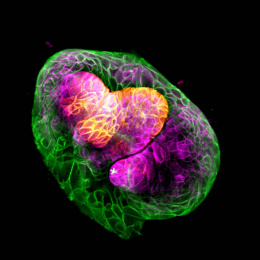 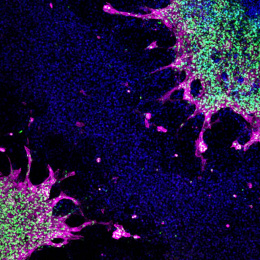 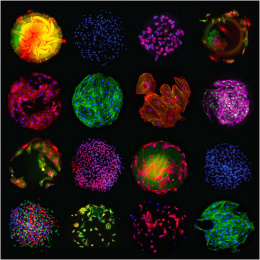 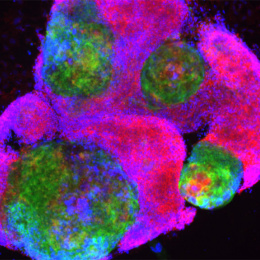 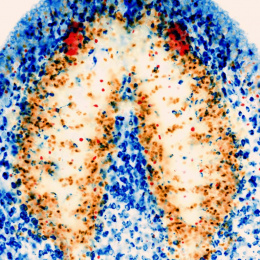 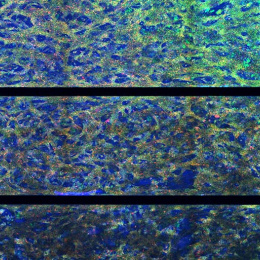