"The image is an SEM micrograph of a rapid drug releasing film containing thrombin protein and polymethacrylic acid (PMAA).  It is constructed via the layer-by-layer assembly technique where alternating deposition of aggregated protein and PMAA creates the porous ‘coral like’ structure that disassembles within 30 minutes under physiological conditions.  The image shows the unique architecture of the assembled film.  The porosity could facilitate the hydration of the film, accelerating the film disassembly and release of thrombin.  We have aimed to construct a film that rapidly releases thrombin for the coating of materials such as bandages for immediate hemostasis of wounds in areas where proper care is not possible, such as in the battlefield where transportation to a medical facility is difficult or delayed, or in the event of an attack on a large population where the sheer number of casualties delays the immediate care." 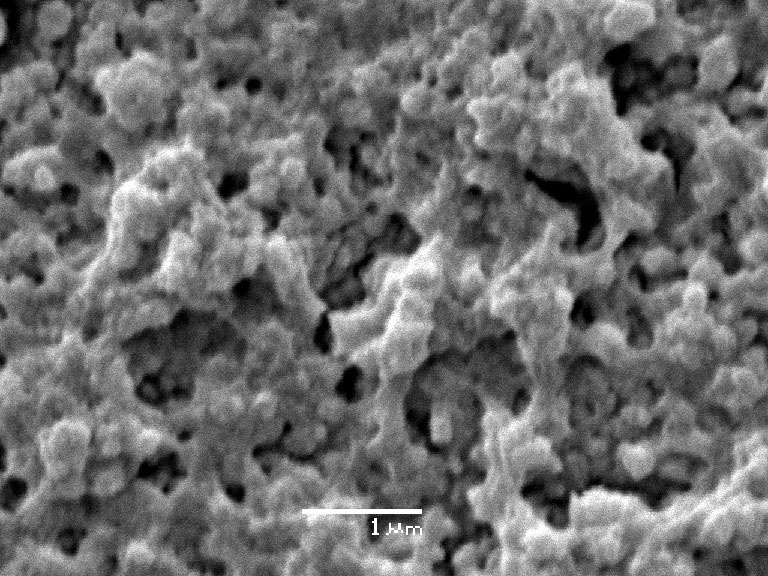 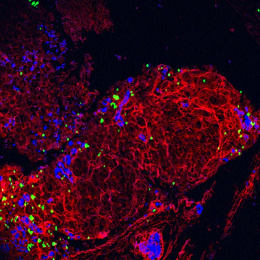 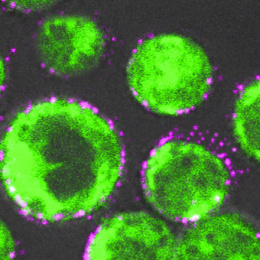 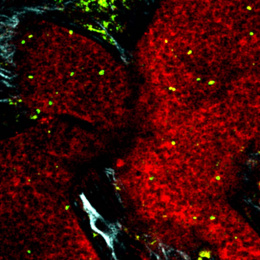 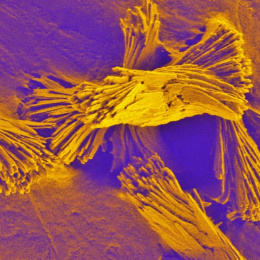 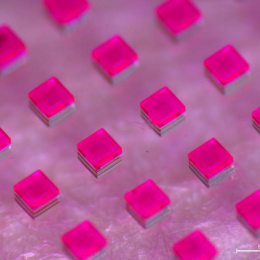 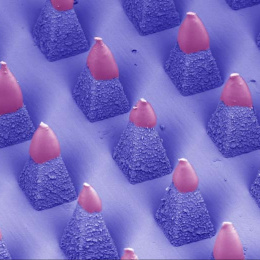