A Penetrating View: Seeing Fine Nerves in a Zebrafish Tail

A Penetrating View: Seeing Fine Nerves in a Zebrafish Tail

This image provides a glimpse of the biology that allows a zebrafish to flap its tail.  Nerve cell protrusions called axons (green) encircle the muscles of the tail (red).  The axons carry electrical impulses from the central nervous system to these muscles, causing the muscles to contract on cue.

Gianluca De Rienzo captured the image as part of his investigations into the function of the gene DISC1.  When DISC1 is disrupted, as it is in some patients with mental illnesses, the spiraling axons become shorter and more branched. 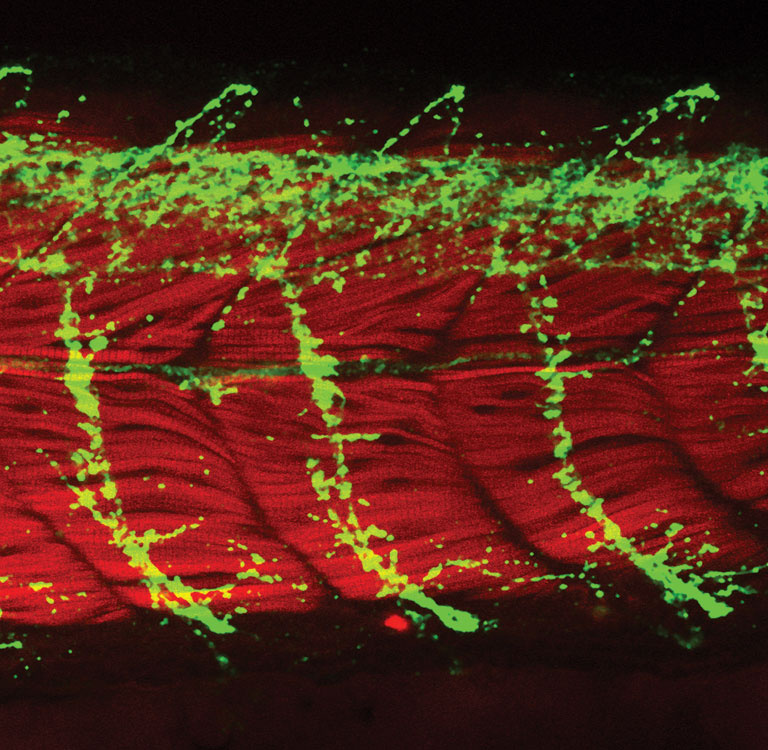 Gianluca De Rienzo explains how and why he captured this image of nerve cells in a zebrafish tail. 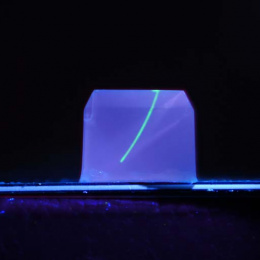 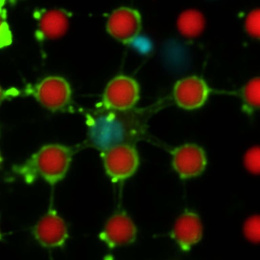 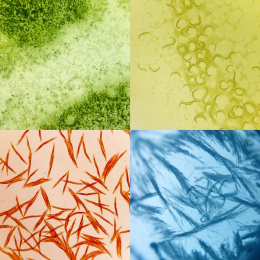 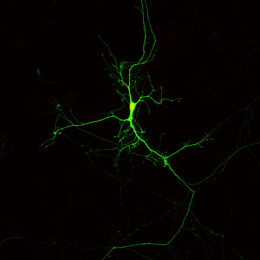 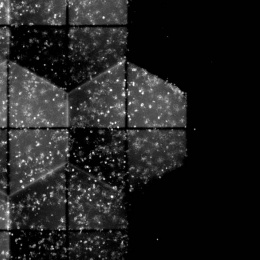 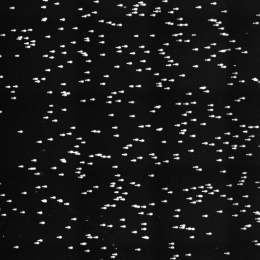